Pro/Con: Should the NBA All-Star game be played this year?

The pandemic devastated professional sports leagues financially due to the numerous cancellations of games and absence of fans in stadiums. As a result, according to Statista.com, the NBA lost an estimated $650 million in revenue. Holding an All-Star weekend helped compensate for the financial losses, while allowing NBA fans across the country to enjoy watching the league’s best players compete against each other.

In addition, the cancellation of the All-Star Game would negatively impact more junior players, many of whom would be playing in their first All-Star Game.  These are the players who have emerged as stars and leaders of their teams and are critical engines of the NBA through a grueling, particularly challenging season.

Making the All-Star Game is one of the most significant accolades and experiences for an NBA player. Taking the court with the NBA’s best is an opportunity every player dreams of. A player who makes the game will want to live up to the hype of being an All-Star and cherish the special All-star experience.

Also, many were concerned about the All-Star Game because gathering players and staff from across the country into one arena seemed unsafe to many. However, All-Star weekend proved to be safe as zero players tested positive for COVID-19.

Lastly, the difficult and unusual circumstances have been tough on NBA fans. First, limited attendance has prevented many fans from attending games and televised games have not been as entertaining and enjoyable for fans as a result. Fans miss the atmosphere of a raucous crowd, cheering after their team wins a game. For many fans, the flashy, entertaining All-Star game was a bright spot amidst a challenging and dispiriting season. 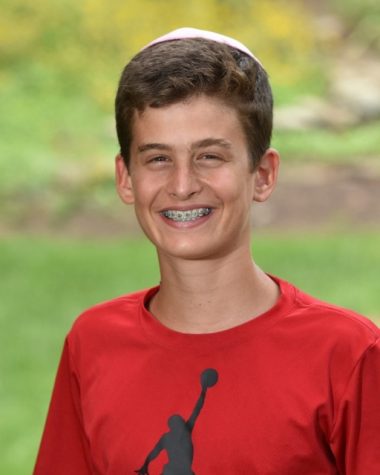 Matan Silverberg, Sports Editor
Former reporter Matan Silverberg is very excited to serve as a Lion’s Tale sports editor this year. Sports are one of Matan’s biggest passions as he is a major sports fan as well as a JDS athlete. Matan is a member of the JDS Tennis and basketball teams. As an editor, Matan loves helping his fellow writers cultivate their skills. He hopes to combine his love of writing with his passion for sports to make the sports section the best that it can be.
Leave a Comment

“I can’t worry about the All-Star Game. I want to see my family. I want to go see my little brother in Spain, I want my brother to come see me… At the end of the day inside, deep down, I don’t want to do it. I want to get some break.” Milwaukee Bucks player Giannis Akunkposaid this when addressed about his feelings about playing in the 2021 NBA All-Star Game.

The game, which was played on Sunday, is supposed to include a full weekend of festivities where the best players in the NBA come together to play against each other and showcase their skills. It is supposed to be a fun event for the players to play alongside their usual opponents and have fun with some of their close friends on the court. Since the players were not as excited for the game this year and it is keeping them away from a much-needed break to relieve some of the stress that the pandemic has brought, I believe that the game should not have happened.

Additionally, the game brought together players from all over the country, something that is not the best thing to do in terms of safety from COVID-19. It adds an unnecessary risk for the players and seems to show that the NBA values revenue over the players’ welfare.

The NBA has already forced the players to make large commitments throughout the past year. When the season resumed after the postponement due to the pandemic, all the players were required to live and play in a bubble in Orlando, without seeing family or friends for several months. Also, there was a shorter offseason for the players so they had less time to spend back at home with their families before this season started.

The players were flexible in these decisions and went along with the NBA’s requirements. Since the players were willing to sacrifice their safety and rest earlier this year for the benefit of the organization, the NBA should have cut them some slack and listened to the players’ concerns about playing in a game that was virtually meaningless.

Furthermore, one of the benefits of a normal All-Star Game is that it is good for the host city since people travel to enjoy the atmosphere of the weekend. This was not the case last weekend, with there being minimal capacity at the game and no parallel festivities for the fans. This year, only the NBA benefited from having the game, and it was disappointing to see them prioritize themselves over the players and fans.

About the Writer
Harry Davidson, Assistant Copy Editor
Harry Davidson is looking forward to continuing his time on Lion’s Tale as the Assistant Copy Editor for the upcoming year. In this role, he is excited to collaborate with other staff members and pitch in to make the newspaper the best it can be. He hopes that as the Assistant Copy Editor he can help make his peers stronger writers. Outside of Lion’s Tale, Harry is a member of the JDS soccer team and debate club, and his hobbies include playing sports and spending time with his friends. He cannot wait for a great year working alongside the amazing group of staff members.
Leave a Comment

Pro/Con: Should the NBA All-Star game be played this year?