Is shalom hello or goodbye? Alumni make own choices about practicing Judaism

As alumna Beyla Bass (‘19) sat and prayed in a Conservative synagogue, she looked down at her new bumblebee tattoo, and realized that it did not make her any less Jewish. Many CESJDS alumni, like Bass, spend the years after graduation experimenting with their Jewish practices; it is likely the first time they have to determine their degree of Jewish observance and practice on their own.

For most JDS students, the thought-process of determining what role Judaism will play in their lives in college starts when completing the Naviance Junior Conference Survey in junior year.

There, students consider whether they desire a Kosher meal plan in their respective campus dining halls, live near a Hillel or Chabad or if they seek a large Jewish community on campus.

In a recent survey of 73 juniors and seniors, 51 students said they prioritize having Jewish life on campus while 22 said they do not.

Director of Jewish Life and alumna Shoshanna Schechter (‘98) believes that students often feel they “need to exhale a bit” since they have “[had an] intense [Jewish education]” and that it is acceptable to have a break.

Although students may plan to maintain their Jewish observance while in college, their locations may prohibit them from doing so.

Bass is a freshman at the College of Charleston in South Carolina. While Bass has been heavily influenced by her parents’ love of Conservative Judaism, both the JDS Irene and Daniel Simpkins Senior Capstone Israel trip and her independence in Charleston have allowed her to discover how she wants to practice Judaism on her own.

“Over the Israel trip and earlier I realized I, myself, am a very faithful person, but one of the ways I prefer to express that is through prayer and song….the Conservative Judaism song style is so heavily ingrained in my Judaism that it’s really difficult to deviate from that,” Bass said.

Even after discovering this about herself, Bass was still willing to try out the Reform and Orthodox synagogues that are walking-distance from campus.

“I wouldn’t have discovered that [Reform style davening is not for me] if I hadn’t tried,” Bass said. “I was very open at first to going to all these styles of synagogues because I wanted to and I’m trying as an adolescent to build a Jewish identity separate from the one my parents and my school and my upbringing gave [me].”

The pluralistic ideas with which JDS and her family had raised Bass’ pushed her to be open-minded, which allowed her to discover more about her own Jewish identity.

“Over my first semester I got a tattoo and my mom still loves me. Part of that freedom of expression is from JDS, it’s from that pluralism, and had I not had that opportunity, I wouldn’t have been able to discover that the way I connect to God through prayer happens to be a more Conservative style of prayer,” Bass said.

Similarly to Bass, Brian Shorr (‘16) strengthened his connection to Judaism due to his life-changing experiences after JDS.

Shorr took a gap year at a yeshiva in Israel before attending Emory University, and later transferring to New York University (NYU).

While in yeshiva, “I took on things [mitzvot or commandments] gradually and consciously, and I analyzed and appreciated everything that I got into; I asked questions, and I started fights,” Shorr said. Although Shorr’s experience in Israel sent him down the religious path that he has now chosen to follow, his Jewish identity was even further developed while attending Emory.

Having gone to JDS his whole life, Shorr had never had the experience of attending a secular school. At Emory, Shorr felt like he had the option to either join a fraternity or remove himself from the typical college experience to maintain his level of observance. While attending Emory, Shorr witnessed a wall that was put up by anti-Semitic groups outside of the Hillel and Chabad. This was done to resemble the border wall that currently stands between Israel and Gaza. “They ran their members through makeshift border patrol, and checkpoints, which was definitely harsh and frightening,” Shorr said.

Shorr is now in his junior year at NYU, and he feels drastically more comfortable living as a Jew in New York City.

“I think JDS has prepared me, but what’s sad is that I think JDS can and should do more. It presents all opinions and all Jewish identities, but … a lot of my friends aren’t in touch with their Jewish identity,” Shorr said. “Oftentimes, it was their family and their home that maintained them, but now that they’re out of the house and at college, nothing is keeping them on track.”

According to JDS’ Portrait of a Graduate detailing the ideal skill set that graduates gain from their experience as students, alumni should be “knowledgeable, engaged, and passionate Jew[s]” upon graduating. These expectations and the emphasis on Judaism at JDS has influenced some alumni to translate their “passion” into serving the Jewish community professionally.

Raised in an Orthodox home in Kemp Mill, Schechter initially attended the Melvin J. Berman Hebrew Academy, but ultimately switched to JDS when she was thirteen to receive validating answers to her questions about women’s roles in Judaism and other controversial Judaic topics.

JDS opened eyes to things I didn’t know existed and gave me a place where I could fit in. JDS taught me that it is all okay. There is no black and white; there are many ways to do what works for you. ”

“Little did I know that walking into Cynthia Peterson’s Jewish history class in seventh grade would completely change my life forever,” Schechter said. When switching to JDS, Schechter experienced an immense shock to have all of her teachers willing to validate her inquisitive personality and to have female Jewish role models to inspire her.

“JDS opened my eyes to things I didn’t know existed and gave me a place where I could fit in. JDS taught me that it is all okay,” Schechter said. “There is no black and white. There are many ways to do what works for you.”

Influenced by science teacher Nick Miller, Schechter originally planned to major in anthropology at the University of Maryland until she worked at Camp Tel Yehudah one summer.

But after her experiences at JDS and at Camp Tel Yehudah, she knew she wanted to pursue a career involving strengthening the Jewish community and ensuring that all individuals have the skill set to be comfortable in any Jewish community.

“To me, [JDS] has always represented the epicenter of innovation of Jewish education and our willingness to try new things. Not just our willingness, but we want to try new things and help others,” Schechter said. “When this [position as Director of Jewish Life] came up, and there was the opportunity to help shape the vision of the school that moves forward, I couldn’t resist.”

In an effort to maintain and strengthen the alumni’s bonds beyond their student experiences, the alumni department, led by Director of Alumni Relations Wendi Kaplan, hosts numerous alumni events locally and regionally.

“Whether it is the Schmooze-a-Palooza, which is the joint reunion where those in milestone classes come back to the school to celebrate their reunion year together, or happy hours in various cities throughout the country, we work to connect our JDS alumni with one another and always to the school,” Kaplan said.

The alumni network does not stop their efforts to connect alumni. They also work with alumni to enroll their children at JDS through a program called Hagshama, translating to “fulfillment” in Hebrew.

Father and alumnus Aaron Brickman (‘91) is a member of Hagshama and has three children enrolled at JDS: sophomore Aviva, eighth-grader Dalya and fifth-grader Micah.

Aaron grew up attending synagogue at Har Shalom Congregation and believes his religious education at JDS reinforced, expanded upon and explained his Jewish practices at home and at his synagogue. Although he did not always appreciate attending daily services at JDS, in retrospect, Aaron believes it enabled him to develop an understanding of Judaism and gave him the confidence to participate in services to eventually fit into the Jewish community.

Although Aaron’s experience did not directly influence him to send his children to JDS, he believed that when selecting a school for his children, Jewish education and Hebrew literacy were imperative to pass on to the next generation.

“My wife and I feel that Jewish education is really important, and the Jewish education that JDS provides is important to ensure there is critical Jewish literacy, that my children can understand the fundamentals and ultimately make their own decisions to determine how active they want to be as Jewish adults,” Aaron said.

As a parent of a second-generation JDS family, Aaron sees the parallels between his own JDS experience and his children’s. He hopes that JDS will provide his children the tools to explore Judaism confidently.

“In terms of being a second generation at the school, it is really cool to see my own kids taking the classes, and in a couple of cases, being able to share the same teacher I had, not for Jewish education, but having the continuity contributes to a sense of place for our kids as part of the Jewish community and as part of the JDS community, and I like that,” Aaron said.

The Lion’s Tale was unable to find individuals who stopped observing Judaism after graduating from JDS. If you know of anyone who would fall into this category, please reach out to the Lion’s Tale at [email protected] for a followup story. 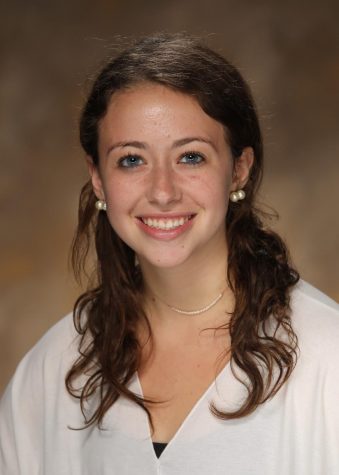 Daphne Kaplan, Senior In-Depth and Design Editor
Daphne Kaplan is ecstatic to continue working for The Lion’s Tale as In-Depth and Design Editors, after being Assistant Features Editor and a reporter. She is also president of her BBYO chapter, an entrepreneur and a member of the debate, JSA and mental health awareness clubs. Daphne loves working for The Lion’s Tale so that she can cover prevalent issues facing our community and ensure that the CESJDS community is well-informed about student’s accomplishments, reviews and reactions to political events. 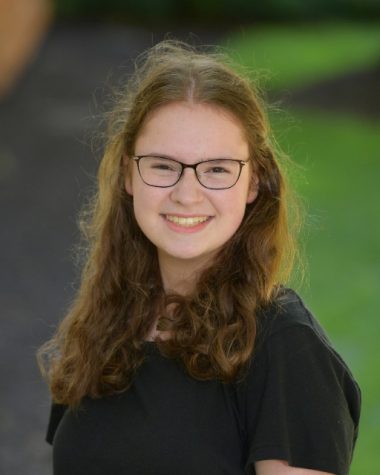 Rochelle Berman, Managing Editor, Copy
Rochelle Berman is excited to continue as the Managing Copy Editor of the Lion’s Tale. She served as the Assistant Copy Editor prior to this year, and she is excited to step into an executive position. Berman also serves as the Student Conductor of CESJDS’s Shir Madness, a co-chair of the American International Ambassadors club, and a member of the Student Council. Berman’s favorite part of the production process is finding the final errors of a print issue before it is sent out to the printers. She cannot wait to see the growth that this upcoming year will bring to the Lion’s Tale community.

Learning hand in hand: A deep dive into Israeli students’ experiences and challenges at JDS

Something that sets CESJDS apart from other schools is its large Israeli student population. Whether it is the boisterous Hebrew that echoes throughou...

Shabbat and Holy Days As described in the student handbook, while there are many approaches to observance among JDS families, the school still strive...

After hours, many CESJDS students are a part of and lead another community: Jewish youth groups. As with any organization, there are several issues th...

Uncovering Disordered Eating As Anna* scrolled through her phone on a summer afternoon, she came across a YouTube video: “How to Lose Weight Quickl...

As temperatures rise, people around the world are becoming more aware of the drastic effects climate change has on the planet. Many teachers and stude...