Even in face of tragedy, chain remains unbroken 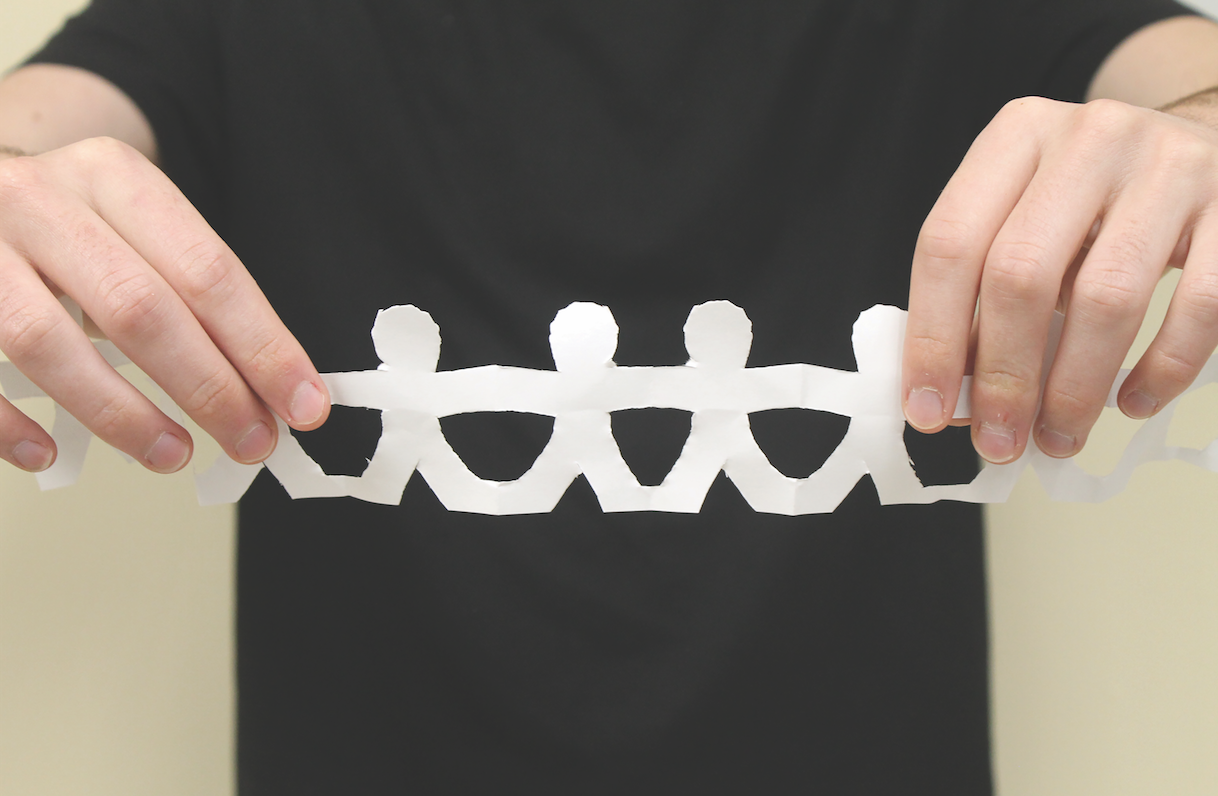 When a student’s grandparent dies, the school typically helps students mourn the loss by reaching out to the family and being lenient about homework deadlines. But there was no  precedent for a student death in the Upper School until this past school year when seventh-grader Senesh Magill died suddenly on Friday, May 26.

“[Senesh’s death] was very different,” Dean of Students Roslyn Landy said. “[It] affected every single human being in this building.”

Magill died on the morning of the school-wide visual arts field trip prior to a four-day break for Memorial Day and Shavuot. Her funeral was held on May 29, with shiva following the funeral.

“The outpouring of love, support and desire to comfort was amazing,” Landy said.

Landy noted that juniors who attended the funeral likely had never met or spoken to Magill before. She asked them why the juniors were there and she said that one junior simply responded, “She’s part of the community.”

High School Principal and Associate Head of School Marc Lindner believed that hearing a “unified message” from the school was important for students in the aftermath of Magill’s death, which is why there was a school-wide assembly on the Friday after Magill’s death.

“I think that when there’s a death that impacts the community, there’s a variety of things that people need,” Lindner said. “One of them is that overt, explicit sense of community that you get when we’re all together in the gym.”

But when the school community returned to its normal routine for the end of the school year, the long process of grief had only just begun. According to Gilly Cannon, Director of Child Bereavement Services at Hospice Caring Inc., two extremely important aspects of grief are talking about grief using real words and getting support from the surrounding community.

JDS consulted Cannon and also turned to counselors from area schools including Berman Hebrew Academy, as well as counselors from outside service agencies including the Jewish Social Service Agency (JSSA) and the Jewish Coalition Against Domestic Abuse (JCADA). The additional counselors were made available throughout the school day to students who needed one-on-one support.

“One of the things that we were seeing and that we were learning from the counselors is that everyone reacts differently under these types of circumstances,” Lindner said. “So trying to tailor one type of support or help didn’t feel like it would be the right approach. Having it more individualized felt like it was the right way to go.”

While eighth-grader Zoe Wertlieb, a friend of Magill’s, did not find much meaning in the assembly, she appreciated that guidance counselors were available whenever she needed them.

“I think that really helped,” Wertlieb said. “Otherwise I think I kind of would have felt like I couldn’t get help if I needed it.”

In addition to providing the counselors for student support, JDS opened the school on May 30 for parents to hear from Cannon about dealing with grief, especially in children. She talked about what grief is and is not, and she did a lot of “normalizing” by explaining to parents that there is not one correct response to grief.

“I think the school did an amazing job,” Cannon said. “I think they really understood the complexity of any loss to a community.”

As the school year begins, some students are still coping with grief. Middle school guidance counselors will remain available to younger students who need to step out of class and talk to someone. In addition, Landy will speak about the continuation of the grieving process with the sophomore class, which includes Magill’s older sister, Brenner.

“Grieving has no timeline,” Cannon said. “There is no end to it. People don’t get over grief. They learn to live with it because it’s a part of them.”

According to Cannon, children often “re-grieve,” developmentally returning to their grief as they mature. They might not only mourn the loss of the loved one, but also grieve the experiences that they will never share with the one they lost, such as graduating high school or getting married.

Cannon, who is a teacher by training with counseling qualifications, specializes in grief support for children. She first became interested in grief counseling when her father died and she had to talk to her young children about the death of a family member.

“At that moment, I understood that children are so wise and they know so much more than we expect them to,” Cannon said. “We owe it to them to bring them into the grieving process, like we bring them into a new baby being born.”

While children and adults may grieve the same loss, they grieve differently. Often, children will “move in and out” of their grief. They might think about the loss for one moment, and then immediately shift to an unrelated activity.

“We teach children that you can laugh and grieve at the same time,” Cannon said. “It’s very very important that just because you’re laughing doesn’t mean you’re disrespecting [the deceased].”

Adolescents also have a lot on their minds and the addition of grief might be hard to cope with on top of the changes they endure as they mature.

“You’ve got all that going on and then somebody dies, and it’s like your whole world turns upside down,” Cannon said.

In a high school environment, teenagers and adolescents strive for a sense of belonging, and grief can act as a barrier to the normalcy students seek out.

“That initial shiva period, I think is extremely powerful to have people coming in and visiting and hearing from the person who lost someone, about that person,” Hoffman said. “That person who is hearing gets to process through things in a way that otherwise they might have avoided.”

Following the shiva period, mourners continue to a period called shloshim, 30-days that include shiva in which some mourners begin Jewish text study in memory of the deceased. When the 30-day period elapses, the mourner continues in an 11-month mourning period with limitations such as not attending non-Jewish celebrations like concerts or live events. During these mourning periods, a mourner traditionally recites the Mourner’s Kaddish daily.

Just as the Mourner’s Kaddish might remind the mourner of the life of the deceased, reading can help mourners process their feelings. Cannon created the Bringing Books of Comfort program, which offers the mourner a selection of books that can prompt discussion about the loss among family members, and the volunteer who delivered the backpack of books.

In addition to the Bringing Books of Comfort Program, Cannon runs the Good Grief Club, a support group designed to help elementary through high school students cope with grief.

The seven-week program is led by a volunteer from Hospice Caring, Inc. and a school counselor or organization representative. The program is divided into weekly sessions that focus on emotions, family adjustments and healthy coping methods.

According to Cannon, the leaders work to help the group “normalize grief,” and identify and validate the diverse array of feelings that the grieving students are experiencing.

As the seven weeks draw to a close, the leaders work with the group to recognize the progress that they have achieved.

“Things will get easier,” Cannon said. “They will get easier. You will be able to rebuild your life. It won’t be the same, but it won’t stay the same as you’re feeling right now.”

As students continue to grieve, high school guidance counselor Melissa Gartner encourages those who are concerned about how to address the loss in the community to seek support from the guidance suite.

In addition to continued support from counselors, there will be some sort of commemoration or memorial, which will serve as a permanent reminder of Magill’s life. The administration is not yet sure what this memorial will look like. The memorial’s presence will help students remember Magill as they continue to grieve.

“Grief never goes away,” Cannon said. “You learn to live with it. You absorb it being part of you, and it shapes you.”

Pickleball, a combination of tennis, ping-pong and badminton, is known for being a fun and easy sport to learn. While it is mostly thought to be popul...

Ever since CESJDS was founded in 1965, a specific time for prayer has always been set aside as part of each student’s day. Over the course of many y...

In honor of the 50th anniversary of Title IX legislation that mandated that schools provide equal opportunities to female athletes, many schools are r...

Learning hand in hand: A deep dive into Israeli students’ experiences and challenges at JDS

Something that sets CESJDS apart from other schools is its large Israeli student population. Whether it is the boisterous Hebrew that echoes throughou...

Shabbat and Holy Days As described in the student handbook, while there are many approaches to observance among JDS families, the school still strive... 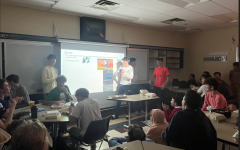 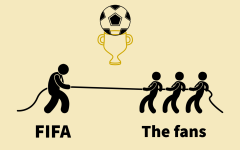 FIFA must be stopped 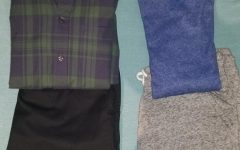 Opinion: Wearing formal clothing to school may have some benefits 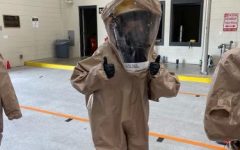 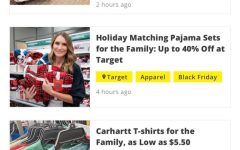