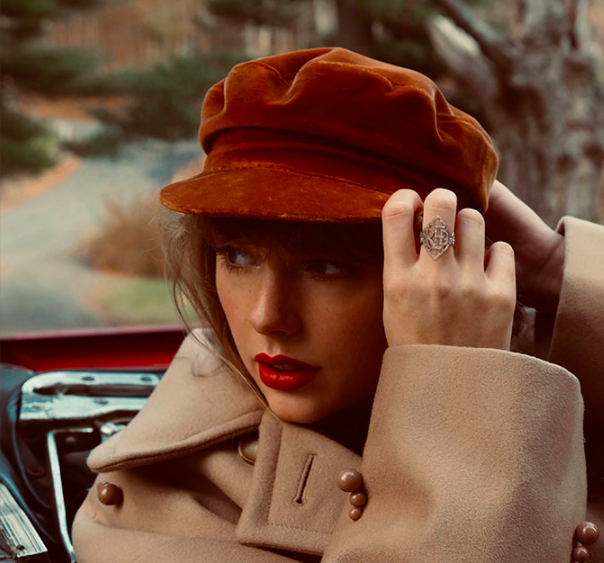 Taylor Swift re-released "Red" in an attempt to regain control over her music.

A common question asked by non-Taylor Swift fans is why Swift has begun to re-record her old albums; the technical answer is that it is in pursuit for her to own the master tracks for all of her songs. She at one point had attempted to buy them from her label, however, they did not accept her offer.

On the other hand, “Red (Taylor’s Version)” proves exactly why these new versions are culturally necessary. This version of “Red” is bigger and bolder, showcasing her matured voice and the fact that her success stems from pure talent.

The album is split into two different parts, the songs that were on the original record and the vault tracks, which are songs Swift had previously written but cut from the album.

The re-recorded versions of each song sounded gorgeous. The slight musical changes and maturity in her voice truly improved the overall feeling and made each song unique.

An especially fun surprise that came from the new recordings was “Girl At Home” which was a deluxe song on the original album. The original version had a more country feel, which is why fans were shocked by the extremely poppy changes Swift included in“Taylor’s Version”.

While it sounded more like something off of Swift’s “1989” than many other songs on this album, it still fits in perfectly and made the song even better to “dance around your kitchen in the refrigerator light.”

This version also included the track “Ronan,” which was originally released as a single, but written around the same time as “Red”. “Ronan” is a song unlike any other; it was written because of a blog made by Maya Thompson detailing the life of her son, Ronan, who died from cancer at four years old.

The song is beautifully written and heart-wrenching, originally written to raise money for Thompson’s family and included quotes from her blog posts. On the release day, Thompson tweeted at Swift, thanking her for the song and for loving Ronan.

The album concluded with nine vault tracks, which were all highly anticipated by fans.

“Better Man” is the first vault track chronologically, and it details an emotionally abusive relationship where there is so much love and yet the singer knows that she can’t stay in the relationship. Hence the highly emotional line sung throughout the song “I just wish you were a better man.”

Following “Better Man” was “Nothing New,” featuring Phoebe Bridgers. This song is extremely special and quite different from any of Swift’s other works. It tells the story of growing up, and the very real fear that once you’re not shiny anymore, you’ll be discarded. The blending of voices fits perfectly with the subject matter, creating the most heartbreakingly relatable song.

The mood picks up with the next two songs, “Babe” and “Message in a Bottle.” While neither is particularly happy in the subject, they both harness a much more upbeat feel in high contrast with the previous tracks.

“I Bet You Think About Me” featuring Chris Stapleton is one of my favorites, as it goes back to Swift’s country roots in a powerful, yet hilarious song. The song’s outro features the line “Oh my god, she’s insane, she wrote a song about me,” which sums up the overall feel and nature of the song.

“Forever Winter” and “Run (Featuring. Ed Sheeran)” bring the mood right back down to a calm. “Forever Winter” is about watching someone you love get caught up in their head and being unable to bring them back down to Earth. “Run” is Sheeran’s second feature on the album and again displays how well their voices mix in a sorrowful yet gorgeous song.

The last song on the album, and most anticipated, was a ten-minute version of “All Too Well”. It provides an emotional whiplash from the song before and paints an even fuller picture of the heartbreaking relationship every Swiftie knows all too well.

The song hit over six million streams within 48 hours of being released, which is around four million more than most songs on the album. The song exposes the harmful nature of the relationship, as the person being described in the song is said to be nine years older than Swift.

It features some of her best songwriting, and the emotion behind it is so powerful that it is impossible not to feel what Swift must have felt going through it. While I could continue on about this masterpiece of a song, I’m just going to encourage you to experience it yourself.

For so long I had not particularly cared for “Red” and while I liked a few songs it was never my first choice to listen to. “Red(Taylor’s Version)” changed that and has shot this album toward the top of my list.

This album is a complete masterpiece. It shows growth, emotion and the beautiful art of music that often gets lost in an era of instant gratification. I would encourage everyone, everywhere to listen to Red (Taylor’s Version). It is truly an experience unlike any other.