Opinion: A deep dive into the tracking application Life360 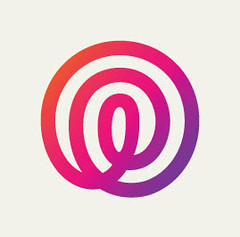 Life360 is a mobile app that allows users to track certain devices of friends or family.

As a teenager becoming increasingly independent, the fact that my parents have the ability to track my every move can sometimes be unnerving, but that sense of discomfort is rare due to the trust I have in my parents. Overall, Life360 has a beneficial effect on families across the globe.

Life360 is a mobile app that, among other things, tracks your location. Extra features include alerts when family members leave or enter the house, or if they go over the speed limit when driving.

Recently, Life360 has put out a new update involving features such as a 24/7 Emergency Dispatch, and Family Safety Assist, which allows users to ask for medical and roadside assistance as well as help with identity theft. These updates are indicative of Life360’s hope to broaden their capabilities and essentially offer protection similar to the police force or even hospitals in order to become a more prominent organization for its 25 million users.

One reason many teenagers dislike tracking apps like Life360 is due to the fear of their parents abusing the app and becoming over-controlling. The truth is that most parents do not abuse Life360’s abilities, since many use the app as a last resort in emergency situations, such as in my family. It is only when parents abuse Life360 that causes a backlash from teens, such as when parents overuse the app instead of giving their children the chance to earn their trust first.

This is especially true during the coronavirus pandemic since teenagers have less of a reason to be tracked compared to their lives a year ago, which means the importance of Life360 is definitely diminished in houses such as mine, where quarantining and working from home has been possible.

If families with Life360 do not use the app to regularly monitor their children, but rather as a last resort if a family member cannot be reached, it can be extremely useful.

“It gives us [parents a] peace of mind to know where everybody is if needed,” CESJDS parent Judy Liss said. “I don’t think any of us really check it that often, but it’s good to know that everybody is safe and where they need to be.”

Liss is not the only parent who uses Life360 without constantly checking it. Nicole Nydish, another JDS parent, downloaded the app after going back to work full-time for similar reasons.

“I don’t use it all the time to see where they are; I trust my kids that if they say they are going somewhere then that’s where they’re going to be. It was just for my peace of mind after I went back to work,” Nydish said.

While it may seem that most teenagers do not support Life360 and its monitoring capabilities, 70 percent of teens are comfortable with the app according to a study by Life360. This shows that out of the 25 million or more members who use the app, a majority approve of the increased comfort it provides.

Additionally, the app has attracted users from 144 countries, which proves that the teenage critics frequently heard on social media platforms in first world countries such as ours aren’t representative of the majority of users. To this majority, an app like Life360 doesn’t just bring peace of mind, it brings a sense of security to families who would otherwise have none.

While it is easy to discredit Life360 for its rare inconveniences, the best option for families deprived of security and living in areas more prone to crime and poverty may still be this app. And with Life360’s new features and their commitment to growing, that hope could be becoming more of a reality.

Since Life360 provides a new level of comfort for millions of families around the world, the app should not be discredited as a whole, but rather specialized and innovated to fit the needs of each family who uses it. In an age where apps and social media have caused more social and political polarization than ever, Life360 used correctly, can serve as an opposing force by strengthening familial relationships.

“I understand why my parents have it on my phone,” sophomore Kayla Liss said. “I get that it’s for my safety, and I think that if I were a parent I would want to know where my kid was too.”