Are “Snapmaps” good for the world? 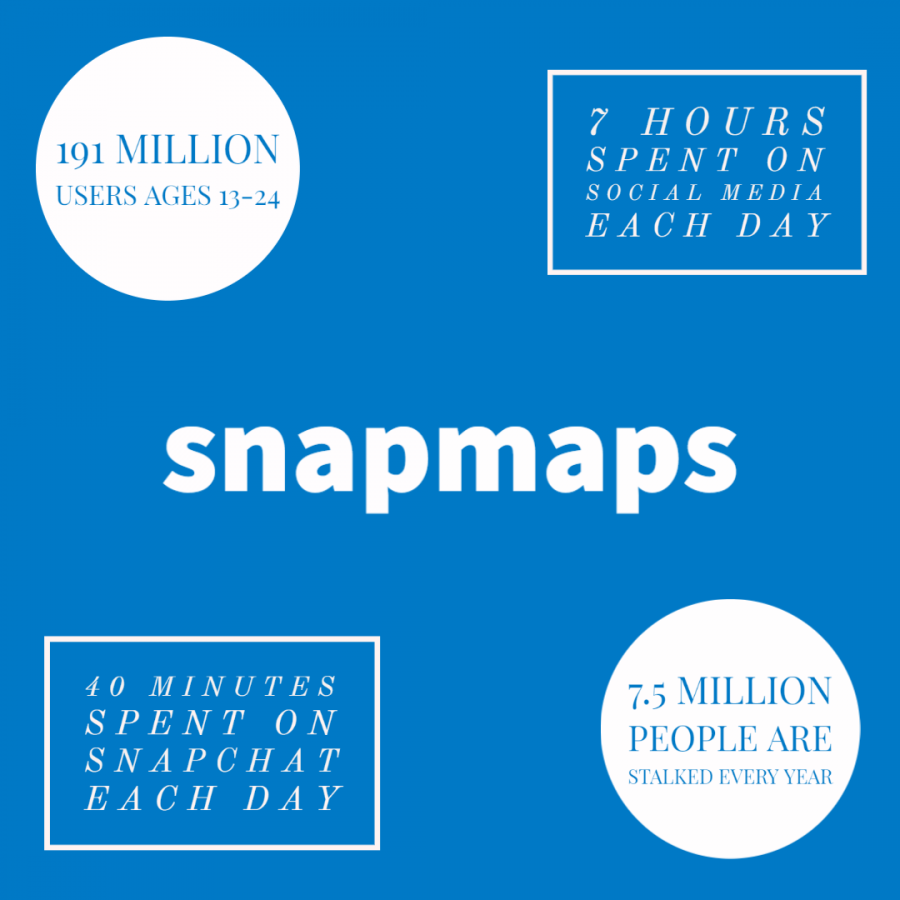 Snapmaps present a danger to the safety and well-being of today's youth. Here is why.

In the summer of 2017, Snapchat introduced a new feature called Snapmaps that allows users to share their location and follow the location of others. This might seem like just another fun social feature on the popular app, but it has many possible downsides including addiction, exclusion, stalking and even terrorism.

Although users have the option of choosing whether or not to share their locations, it’s not clear that they will always make the smart and safer choice. According to the Omincore Agency, a healthcare organization, 90 percent of Snapchat’s 191 million users are between the ages of 13 and 24. This means that minors and young adults are making major privacy decisions for themselves, often without much thought or research.

A common issue for teens using social media is social anxiety. Snapmaps allow users to see that certain people are together. This feature can cause feelings of exclusion and tension between friends.

“I was lonely at home when I checked the [Snapmaps]. I looked around and happened to see my five friends together at bowling, when before they had told me that they weren’t available,” Chris* said. “When I saw them [together], I really felt excluded and sad because they were hanging out without me.”

Snapmaps will only continue to increase this problem, as its appealing color, design and features draw users to open the app to constantly locate and communicate with friends, leading to poor habits.

But there are also problems with location sharing that teens may not be aware of, such as stalking. According to the Safe Horizon Stalking Hotline, 7.5 million people are stalked nationally every year, and approximately 1 in 6 women and 1 in 17 men will have experienced stalking at some point in their lifetime. Snapmaps will just increase these numbers as users have the ability to see others’ exact locations with a single swipe.

Snapmaps could even pose a threat to the greater world by increasing the risk of terrorism. Since the map shows colored waves where there are large groups of people, terrorists can easily plan their attacks.

Since Snapmaps comes with many potential risks, it is smart for users to either be on ghost mode (which conceals their location completely) or only share their location with people that they know and trust. Also, it is important for users to be thoughtful about the individuals they add on Snapchat, as it wouldn’t come as a surprise if one forgot to put themselves on ghost mode.

While it can sometimes make sense to share your location, it is important to be aware of the risks involved. The internet is scary enough, and Snapmaps only add a layer of danger that everyone, especially teens, needs to be aware of.

*Name has been changed to protect the student’s anonymity.