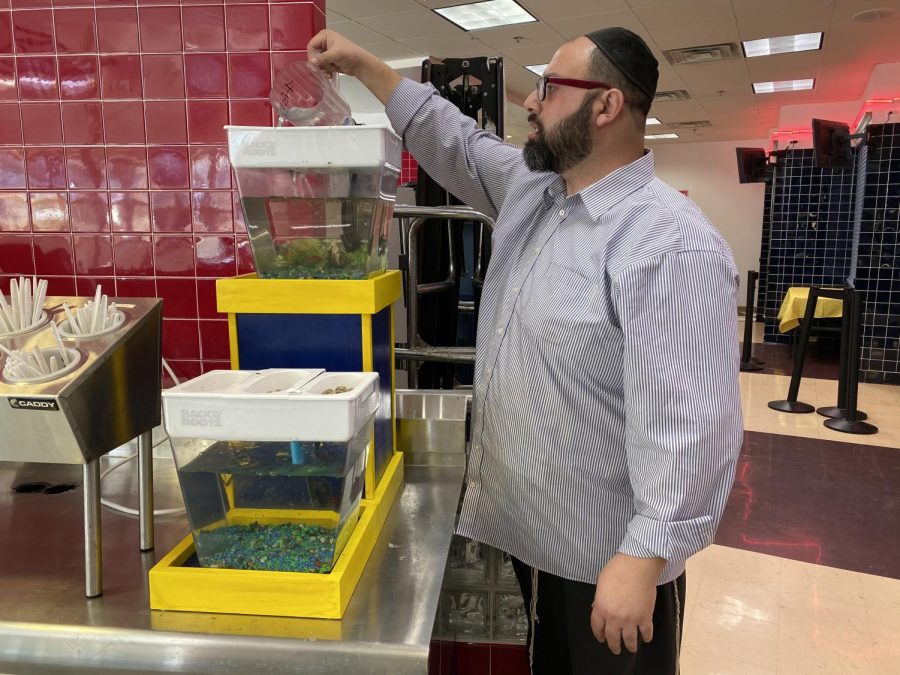 The cafeteria has been using aquaponics to make its produce, infusing STEM into the daily lives of JDS students who enter the lunch line each day.

At the start of the school year, the kitchen staff decided to incorporate the school’s STEM program by placing an aquaponics tank in the cafeteria. The two tanks simultaneously support three fish and grow a mixture of broccoli, radish and non-GMO salad blend. When fully grown, the kitchen staff uses the produce in the salad bar.

Aquaponics is a system that combines conventional aquaculture with hydroponics, a method of growing plants using mineral nutrient solutions in a water solvent instead of soil. This allows the two systems to be in an environment where they can function together.

Food Service Director Erick Gilbert said that he wanted to have these tanks in order to show students the eco-cycle of food. He noted that the use of aquaponics in the school cafeteria sends a good message to the students and helps them learn something new. He also said that growing plants saves the school money because the cafeteria usually purchases herbs from Whole Foods every few weeks.

“Going with the STEM concept that we learn here at school, it’s important to know how the ecosystem works. And, it is just another space that you could put in the sciences and see how it actually works,” Gilbert said.

Junior Marshall Greenspan said that he thinks the system is interesting and forward-thinking. Greenspan likes seeing the plants progress over time and thinks its really interesting how the school is using such advanced scientific technology.

“The aquaponics in the cafeteria shows how influential STEM is in our school and how they incorporate it into our everyday lives,” Greenspan said.