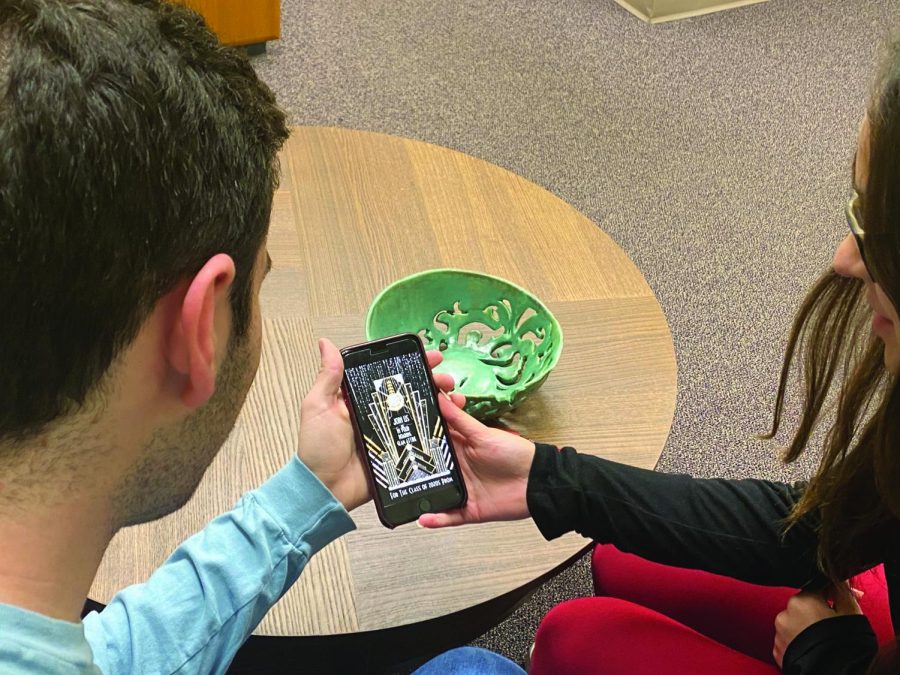 Students and faculty have recently witnessed several “prom-posals” throughout the halls, marking the end of the seniors’ year and the beginning of prom season. While CESJDS prom is traditionally held in late January, the meticulous planning process starts at the beginning of the school year.

Dean of Students Roslyn Landy took charge of the prom planning process in 1989. In order to maximize the budget and streamline the events of the night, Landy proposed holding a pre-prom photo session and a school-sponsored after-party following the dance. After-prom was officially implemented in 2000 and is held at the Potomac Community Center.

“[After-prom] is a safe alternative to students going to [places like] the beach or other parties,” Landy said.

Prom has been held in various locations over the years, but the current location is The Ballroom in Bethesda which has proved to be the best option for JDS. The Class of 2016 was the first to use The Ballroom after an incident where a previous venue double-booked itself for the night of prom and was operating as a nightclub, serving alcohol.

Landy chose a venue that did not  double as a bar, club or hotel to prevent a similar problem from occurring again. She is confident that The Ballroom will remain as JDS’ prom venue for the foreseeable future.

While Landy spearheads prom organization, both parent and student committees map out the intricacies and details that make prom special. The parent committee is in charge of decorations and food, while   students serve as liaisons between the parents and the rest of the class.

Student committees for prom and graduation formally meet for the first time in early December to discuss every aspect of prom, from music selection to party buses.

Senior Amelia Rich is the prom committee administrator for the Class of 2020 and has worked with Landy and the parent committee since early fall to come up with a theme. This year, the theme is the roaring twenties, with nods to the decade shown in the decor and invitations.

“Our graduating year is 2020 and we’re all really obsessed with “The Great Gatsby,’” so we thought it would be super festive to use as a theme,” Rich said.

With menus and decorations set, one last element of prom to finalize is collecting payment for tickets. Tickets cost $90 per person, but the parent committees are asking each family to contribute $300 to offset extra costs.

Landy collaborates with the parent committee and explained that extra donations are needed to fund the after-party and other luxuries not usually hosted by other schools.

“The $90 ticket covers the cost of the Ballroom and the decorations and helps to defer some of the dinner,” Landy said. “The parents are asked to give $300, which covers the faculty appreciation lunch, the party buses and the after-prom.”

Buying a ticket and picking out an outfit for prom is an exciting rite of passage for many students, but another element is decided much earlier in the process for some: finding a date. According to Landy, many students feel the need to find a prom date years in advance, leading to some feeling excluded and stressed. Some students are also bringing friends from lower grades or other schools, complicating the image of a “senior prom.”

“When students choose a date too far in advance, they sometimes change their mind as it gets closer to prom and there are hurt feelings. I think it is more appropriate to agree on a date a month or two before,” Landy said. “If some seniors don’t want to take a date, it’s a great idea to go as a group; seniors who do that have a wonderful time.”

Regardless of how complicated the process may seem, to many, prom is a night to look forward to that marks the near-end of a students’ time at JDS.

“All throughtout your JDS career you think about prom,” Rich said. “I can’t wait to get dressed up and have fun with my friends.”