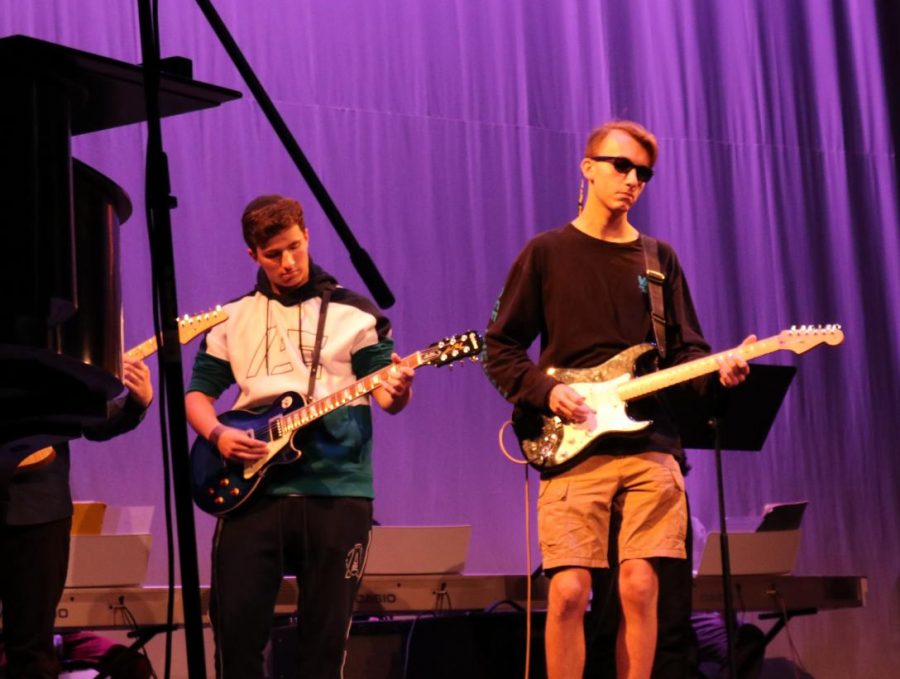 Daniel Pearl World Music Day was created in honor of Daniel Pearl, a journalist for the Wall Street Journal who was killed by al-Qaeda operatives in Pakistan. His death was a tragedy, but his family wanted him to be remembered for his passion: music.

Concerts are performed around the world during Daniel Pearl World Music Day to celebrate his life and build a stronger community through music. JDS holds a Daniel Pearl concert each year.

“There is a study that says when people watch music together, their hearts start beating at the same rate, and I think that’s really profound because it not only brings us together emotionally but also physically,” Director of Arts Education Dr. David Solomon said.

Students played many different instruments across an array of genres from classical to classic rock. There was one concert for the middle school and one for the high school. The school also hosted an artist in residence, a Klezmer band, in the Beit Midrash.

“I was thrilled with the performances … a lot of hard work went into this, not just on the students’ part but also on the music teachers,” Solomon said. “I’m always proud of the students but when I see them perform, it’s even more true.”

The concert audience was receptive and encouraging of the student performers, applauding and even chanting performers’ names in encouragement. As the musicians started to play, the audience settled back into their seats to listen and got lost in the music.

“We practiced a lot for this day,” said freshman Zack Singerman, who performed with the high school choir. “It was exciting performing in front of all my friends and participating in something so important.”