The Lion's Tale • May 17, 2019 • https://lionstale.org/6280/news/israel-trip-expulsions-draw-backlash-towards-administration-amhsi/ 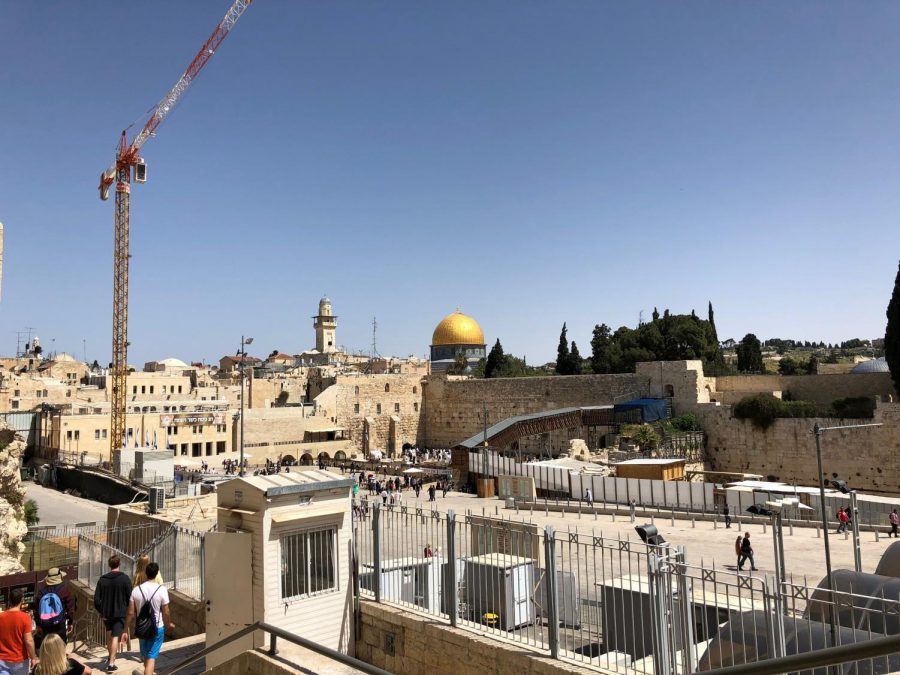 Seven graduating seniors were expelled from the Irene and Daniel Simpkins Senior Capstone Israel Trip on April 14 for drinking alcohol or smoking marijuana, both of which violate the rules of Alexander Muss High School in Israel (HSI). Israel has a legal drinking age of 18.

Three more students were expelled from the trip this past Sunday for reasons unknown at the time of publication.

James,* a student expelled from the trip, thinks that a student sent a picture of themselves drinking via Snapchat to another student. That Snapchat image was opened in front of an HSI counselor, who then reported it to the HSI administration. James does not think administrators knew the exact contents of the picture, especially considering they never showed it to him.

James said he was isolated and questioned for five hours and that he was not offered food, drink or a chance to use the restroom. According to James, HSI staffers often left the room for long periods of time to do what he assumed was question other students.

Although James believes that he was rightfully expelled from the trip because he violated the contract that he signed before the trip, he felt that “the tone and duration of questioning did not fit the level of rule-breaking.”

James perceived the questioning as threatening and a means of interrogation since staffers yelled at him and kept him isolated for hours. This “interrogation,” according to James, reached the point where he and other expelled students felt like they were being treated as “hardened criminals” rather than teenagers, even though they all admitted to violating the rules.

“By the end, as many of my classmates also said, I probably would have confessed to things that I didn’t do,” James wrote in an email. “We were also asked not to talk about what had happened with our friends, which was a totally unfair expectation, especially since they whisked us away from our friends for most of the day, left us emotionally exhausted and wounded and then still expected us to go on pretending that nothing had happened.”

When isolated, James did not have access to his phone and therefore could not contact his parents until after he was questioned. In his last hour in isolation, he was allowed to call his parents without administrators present and was offered a drink of water.

Head of School of HSI Mordechai Cohen wrote in an email that expulsions from the program are difficult for everyone involved, more so than regular high school expulsions due to the vast distance separating the U.S. and Israel.

“Students safety is our number one priority and so our rules regarding alcohol and drugs are of utmost significance and carry [the] consequence of expulsion,” Cohen wrote. “AMHSI is very transparent, all the students knew ahead of time that if they violated any alcohol and/or drugs related rules they would be sent home, as they were [sic].”

Cohen did not go into any more detail about how HSI handled the incident or procedures they took in identifying students who violated the contract.

High School Principal and Associate Head of School Dr. Marc Lindner said that he had “some sense” as to how HSI handled the matter because HSI made the administration aware of what happened,  but he deferred questions about specific procedures to HSI.

According to Lindner, CESJDS “…did not take a stance in either affirming, proving or condemning what they [HSI] had done,” because the students were on the HSI program and JDS’ administration felt that it was HSI’s responsibility to handle the situation.

In order to address the concerns of parents whose students were on the trip, the administration sent out a survey and held a feedback meeting last week where parents voiced opinions on HSI’s handling of the incident.

According to Lindner, the general consensus among the group of parents who attended the meeting was that “they were not pleased with … how the situation was handled by AMHSI afterward.”

Lindner said the parent feedback could “possibly” be implemented in the future planning process of the Israel trip, although it is not yet certain.

Cohen and Co-Executive Director of AMHSI Orit Rome will be speaking to senior parents at a meeting on Thursday, May 23 at 7 p.m. at the Upper School.

*Name has been changed to protect the student’s anonymity.