The Lion's Tale • May 9, 2019 • https://lionstale.org/6251/opinion/zimriyah-practice-should-take-place-during-hebrew-classes/ 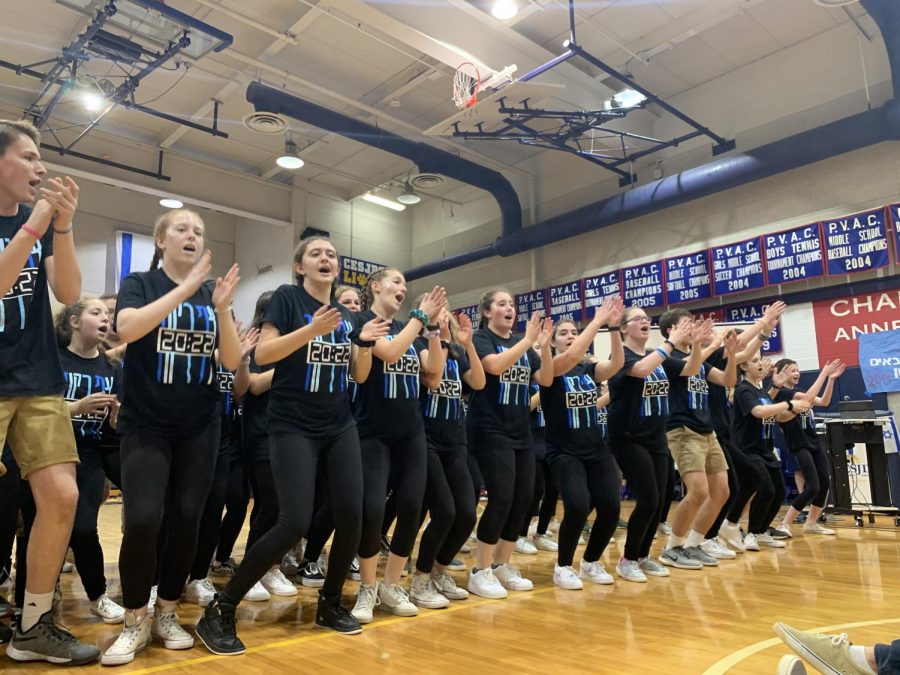 Freshmen perform in front of the entire Upper School at Zimriyah on Thursday.

In the weeks leading up to Yom Ha’atzmaut, every Hebrew class rehearses for the widely anticipated schoolwide Zimriyah. Personally, practicing for Zimriyah during class heightens my excitement of the event while also furthering my Hebrew education. However, some people argue that the designated time during class is not beneficial.

Hebrew teachers generally set aside ten to fifteen minutes for their classes to practice for Zimriyah. During these practices, students must learn the words of their grade song, understand the meaning of their song and learn their grade’s extravagant hand motions.

Without distinct time devoted to Zimriyah, students would most likely not memorize the entirety of their song, the pronunciations of the intricate words or the hand motions necessary to succeed at Zimriyah. Everyone has a different degree of knowledge on the language, so some students need more individual time to practice than others.

“We have different levels in Hebrew, and in all levels, they need to know how to read the song, how to pronounce it and the explanation of the songs. It’s part of our curriculum,” Hebrew teacher Talya Edery said.

During Hebrew class, there is time devoted to exploring the theme of that year, with this year’s being Eurovision which is being held in Tel Aviv from May 14-18. With the theme is incorporated into the Hebrew curriculum, I learn a lot more about Israeli culture than I would have otherwise if no time was spent to practice for Zimriyah.

“[Zimriyah] introduces us to new Hebrew words that we’ve never seen before and it helps us be more involved in the Israeli culture because a lot of the songs are popular in Israel, like Israeli songs of the times,” freshman Shevi Lerner said.

If there was no time to practice for Zimriyah during Hebrew class, some students could come to school on Yom HaAtzmaut not knowing one’s hand motions or song. Personally, having that practice time over the course of two months builds up the excitement for the actual day.

During the weeks leading up to Zimriyah, Hebrew class becomes more than just a language course, it becomes a culture.

The short time devoted to Zimriyah during Hebrew class is necessary to expand one’s knowledge on Israeli culture and make the celebration of Israel’s independence very festive. The time during class motivates students who may not have otherwise wanted to participate to take a role, whether big or small.