Altar’d State of mind: A Jewish view on a Christian store 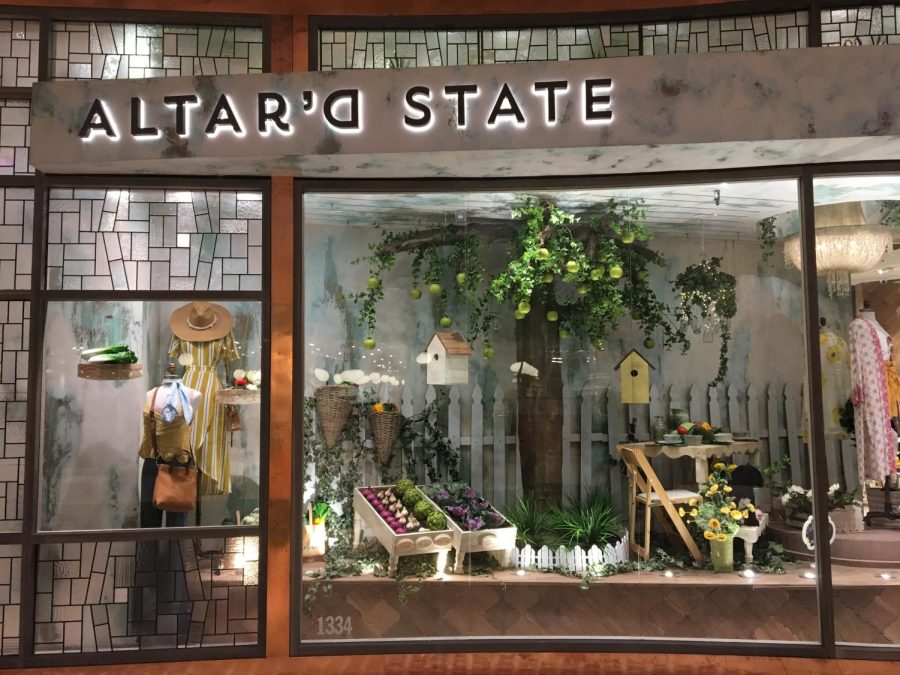 Altar’d State is located on the first floor of the Westfield Montgomery Mall in North Bethesda. The store features boho-chic clothing that has attracted many CESJDS students.

A trendy clothing store stocked with boho-chic apparel is an oasis from the hectic energy of the mall. The pastel colors and faux handwritten plaques create a homey vibe. It appears to be a normal clothing store targeting teens and young adults, but take a closer look at the plaques, and you will realize that they are bible verses. Altar’d State is actually a Christian clothing store.

Drawn by everything from cute dresses to comfy pajamas, many CESJDS students have shopped at the branch at the Montgomery Mall in Bethesda which opened last April. The store is the first, and, so far, the only one in Maryland. Altar’d State is based in Tennessee and has 59 locations across the country.

“I loved it. … Their design of the store is so beautiful, and the clothes were really stylish and up to fashion trends,” freshman Maytal Polonetsky said.

Polonetsky has shopped at Altar’d State on multiple occasions and does not see any issue in shopping there as a Jew.

“I think it’s [the bible verses adorning the walls] a bit strange. It’s fine; it’s just not something that people are used to and it’s not a normal thing for people to see, so it’s different,” Polonetsky said.

Junior Ayelet Fishman feels uncomfortable shopping at Altar’d State. “There are a lot of crosses, though, it’s kind of intimidating,” Fishman said.

Fishman would rather put her business somewhere without a religious affiliation. “If you’re not Christian, like why support it?” Fishman said.

Altar’d State’s CEO Aaron Walters said in an interview with the online publication Racked that all people are welcome at Altar’d State regardless of their religion and that people of many different faiths shop there.

Text teacher Rabbi Tirza Covel believes that consumers should research all stores that they intend to shop at before actually shopping there, and Altar’d State is not an exception.

“I would probably do my research before I [shopped there]. Places that I’m aware of that do give money to charities that I don’t agree with… I don’t tend to patronize those places,” Rabbi Covel said.

Rabbi Covel would shop at Altar’d State as long as she agrees with their values. Rabbi Covel believes Jews should not shop at places that don’t align with Jewish values.

“People should do their background research on any of these companies. Are the companies spending their own money, the profits, on values that the company feels good about? Fine, but does the consumer match those values?” Rabbi Covel said.