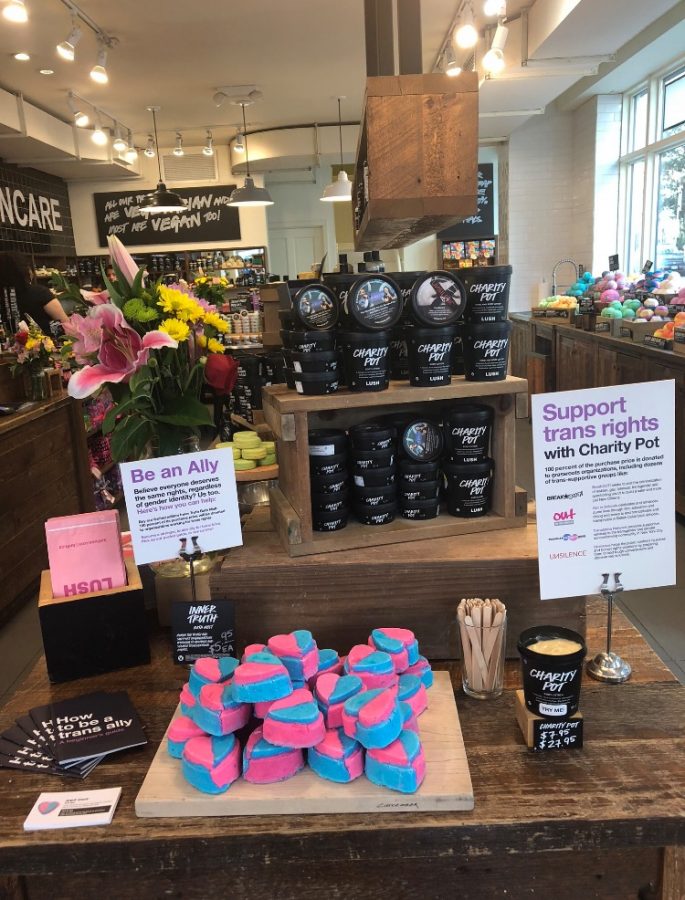 In addition to supporting anti-Israel notions, Lush works with organizations that advocate for LGBT rights and for fighting against animal cruelty.

On Feb. 11, 2019, United Kingdom-based cosmetics brand Lush posted a video on their Instagram that lost loyal customers and provoked controversy. The video was in support of a Palestinian charity, and Lush introduced a product in which the funds would be donated to the organization Canaan.

According to an article published on Lush’s UK website, this organization’s goal is “to improve the economic situation of farmers in the West Bank through Fair Trade with international markets, as a peaceful resistance to the Israeli occupation.” The video depicted farmers working on almond tree farms and speaking in Arabic. The video included subtitles explaining that the Palestinian farmers do not have enough water for their crops because Israel controls their water supply.

While their resistance of Israeli occupation may be peaceful, many people were not happy and took to Instagram comments to voice their opinions. One user wrote: “This is so disgusting!” and another wrote, “This information is false.”

This is not the first time Lush has been under fire for being anti-Israel. In the past, they have supported other anti-Israel organizations but their stance has not been as widely known until the release of the video.

Despite this controversy, and although I am very pro-Israel, I will still l be buying Lush’s products and I stand by my decision. While I do not support the cause, I believe that people should separate products from politics. Israeli politics aside, Lush works with many other organizations that are dedicated to causes like LGBT rights and fighting against animal cruelty.

There is both good and bad when it comes to Lush as a company. Unfortunately, many companies have controversies and I personally believe in putting those controversies aside and focusing on the good.

Lush has great products that have worked for my skin for years, and in my opinion, you cannot deny a good beauty or skin care product no matter where it comes from.

I am drawn to Lush’s more natural approach to their ingredients. Lush values both having natural ingredients and having cruelty free products as opposed to Bath and Body Works, CVS or Sephora. I’m sure I am not the only one who feels this way. I believe that you can support Israel and still buy products from Lush.