Many graduates to enlist in the Israeli Defense Forces 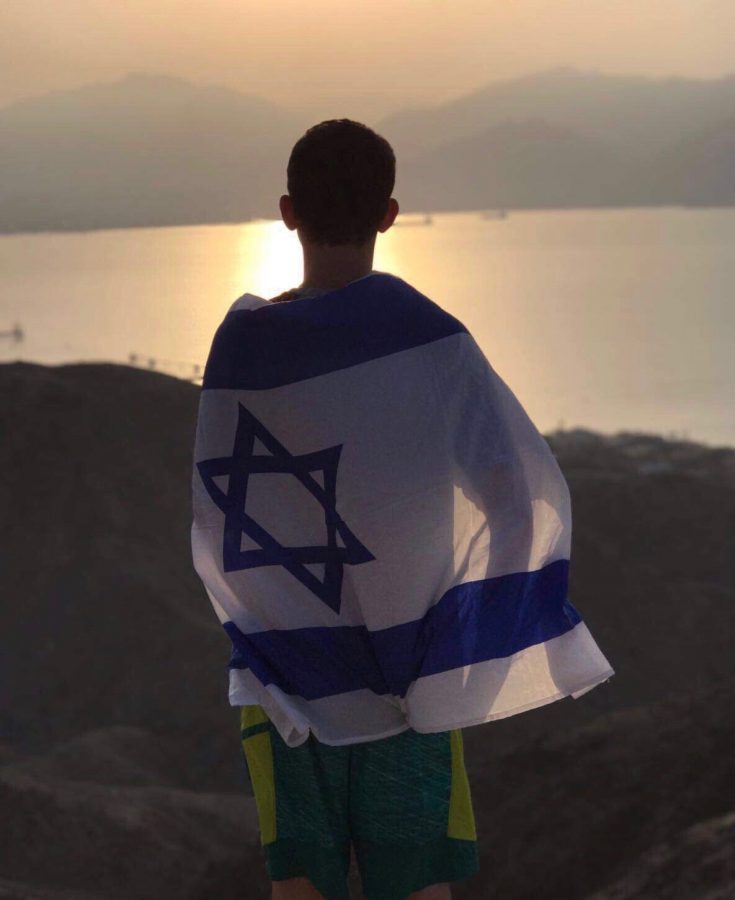 Jonah Gershman (‘19) overlooks the Red Sea in Eilat, Israel. The Israeli flag wrapped around his back showcases his patriotism to the country where will enlist into the Israeli Defense Forces later this year.

Gershman lived in Israel earlier in his life and wanted to help protect the country that he regards as a second home, as he is a dual citizen between the United States and Israel.

Gershman is not the only CESJDS graduate joining the IDF this year, however; six graduates are joining, some of whom are American and some of whom have a dual-citizenship. This is a record amount for JDS, which typically has two graduates enlist each year at most.

Lily Daroff (‘19), an American, is also joining the IDF. Separately, she is attempting to gain dual-citizenship using the right of return due to her Jewish connection to Israel.

“It’s something that I’ve always wanted to do since I was little and just from kind of visiting Israel and learning more as I grew older, it seemed like the best option for me,” Daroff said. “I wanted to give back to a country that means so much for me and I think has done so much for me and also do something different; like, take time now to take a risk and have an adventure while I’m still young.”

Although both Daroff’s and Gershman’s parents were initially nervous about the prospect of their children joining the military, both are fully supportive of them.

As lone soldiers, or soldiers without family in Israel, Daroff, Gershman and some of the other graduates will be participating in programs in Israel in order to have a support network. Daroff and Gershman entering the Garin Tzabar program, where they will live on a kibbutz for three months to acclimate to living in Israel. On the kibbutz, members will practice their Hebrew skills and bond with each other before preparing to draft into the IDF.

“I think it’s incredible. I think that there’s a calling for it … and I think it will be a good experience for them. Also, they can do college afterward, but some of them might find a career in the IDF,” Director of Facilities and former IDF special forces member Israel Moskowitz said.

While Gershman plans on deciding his future plans after he serves, Daroff will defer a college acceptance from this year until she returns to America after her service. Luckily for them, Director of College Guidance Susan Rexford says that the school is willing to help alumni who are applying to colleges by providing counseling and advice. She believes that military service can help with college applications as well.

“Colleges value military service. Many colleges now have spaces allocated; they are willing to work with those students because those are amazing life experiences that the students have had, and I think that one of the things that many colleges grapple with, with freshman, is immaturity,” Rexford said. “A student who’s been through the IDF certainly has totally grown up and has had a huge level of responsibility.”

Although Moskowitz said that his experience in the IDF was “incredible,” he also hopes that JDS students who are enlisting remember that “there’s good and bad in Israel, too.”

“There’s bad people in Israel just as there are good people who come with good intentions. If you want to join the IDF, do the best that you can do, but just remember that there are some people—even in the army—who will try to take advantage of you,” Moskowitz said.

Moskowitz still hopes that graduates joining the IDF will have similar growing experiences to what he had, however.