Explore the effects of the global elite in “Winners Take All” 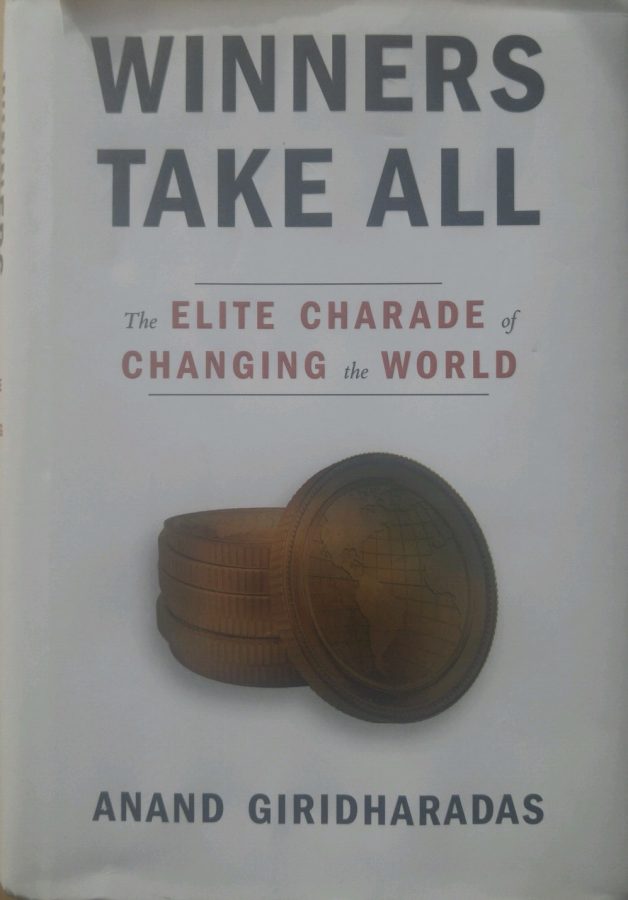 “Winners Take All” by Anand Giridharadas politely grills the elite citizens of the world and their failure to solve problems that they cause for the rest of the world. While his book is not an easy read, Giridharadas accomplishes his goal of the book which is to expose the wealthy for negatively impacting average American lives.

Throughout the book, there are individual stories about businessmen and their interactions within global elite society. These stories all work together to prove a greater point; themes like “helping the world become a better place” are cover-ups for the top one percent’s primary goal, which is to get richer, even if it is at the expense of the same people they claim to want to help.

To prove his point, Giridharadas structured the book similarly to a persuasive essay, by splitting it up into seven sections, and having each section work toward his final claim. The chapters are extremely long, and each proves an aspect of his argument.

Even though the book is not necessarily enjoyable to read, it is still powerful with the use of relevant facts to prove his point. In one instance, Giridharadas uses data to show how average Americans have been cut out of the growing economy, while the one percent have gotten massive benefits. Giridharadas highlights the hypocrisy of global elites claiming to help poorer Americans, while really preventing them from benefiting in the growing economy.

Giridharadas provides a vague timeline of important events that highlights a change in the public’s view on social justice. Citizens initially believed that the best solutions to problems were to attack the institutions that caused them. Now they believe it is better to create something new to solve problems, like a company or an app. Relating the authors point to events that have happened over the last couple decades helps make the book an easier read, and simplifies the writer’s argument.

“Winners Take All” is for people who want to get a deeper understanding of the power and influence of global elites, and want to consider new ideas about how American society functions. The book was boring and hard to continue at times, but the new ideas and opinions provided are worth it for people who are O.K. with reading a relatively long and dense book.