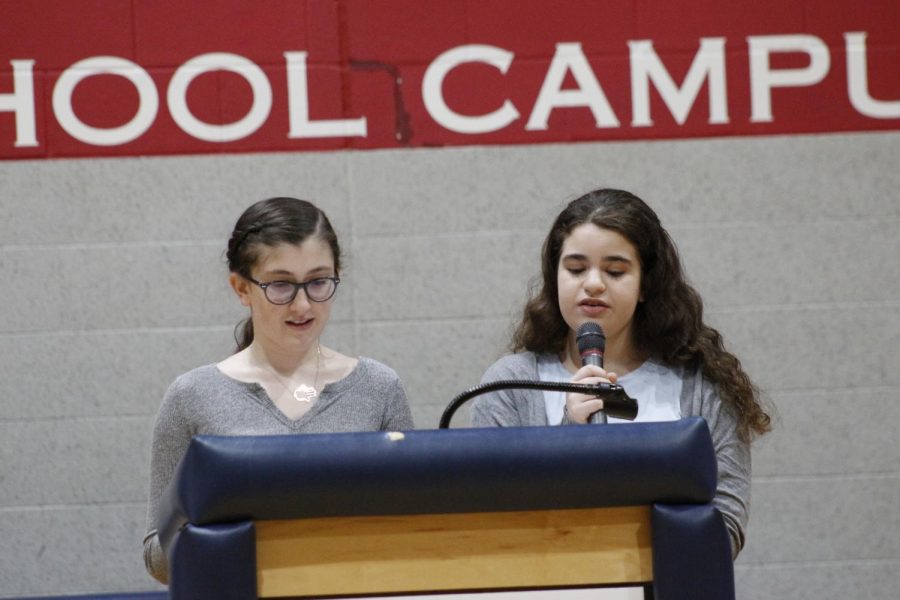 This February marks the tenth annual Jewish Disabilities Awareness and Inclusion Month, and CESJDS joins Jewish organizations around the country for the second year to advocate for individuals with disabilities.

Director of Educational Support Services Lenore Layman says that JDAIM is a time to stress the importance of including people with disabilities and to give them opportunities to participate in Jewish life.

In recognition of JDAIM, second and third-grade students are learning about deafness in their classes. Program Director at Gallaudet University Hillel Jacob Salem, who is deaf, will be speaking to them about JDAIM and its importance on Feb. 22. Fourth and fifth-grade students are also participating in the month’s awareness initiative by learning about autism, and disability activist Rabbi Ruti Regan, who is autistic, will be speaking to them.

“It’s a month that the Jewish community is recognizing and I think being part of the broader community and stepping up to that as a member of the larger community is really important,” Director of Jewish Life Stephanie Hoffman said.

In the Upper School, middle school students are having a Kolot session discussing the topic of disability awareness, according to Hoffman. Alumnus Adam Lloyd (‘87) spoke to the high school during Community Time on Feb. 13 about his experiences of living with disabilities. Lloyd, who is a professor at the University of Maryland and recently earned a PhD, was paralyzed after diving into the shallow end of the pool when he was in middle school. His overall message to students was that they can accomplish anything with the help of their community, just as he has.

Earlier this month, sophomores Davida Goldman and Hadara Bilsky spoke about their experiences with their siblings with disabilities and the importance of JDAIM alongside a sign language interpreter during Upper School Kabbalat Shabbat on Feb. 2.

Goldman’s brother has autism, and she said that her brother has taught her the importance of being inclusive and open-minded. Goldman believes that although disabilities do not impact the majority of JDS community, JDAIM is still imperative.

“I think that it’s a really important thing that a lot of people don’t have to deal with every day, but is present in our community and it needs to be addressed,” Goldman said.

Freshman Tess Mendelson, who participates in Friendship Circle, a Jewish group that builds relationships between teenagers and children with disabilities, agrees that there needs to be more awareness about disabilities and the lives of those with them.

“Kids with special needs are often looked over and people think that there are other things that we need to be focusing on,” Mendelson said. “It’s really important to put light on the situation.”

Volunteers in Friendship Circle, like Mendelson, are paired with buddies with disabilities. Once a week, volunteers visit their buddy’s home and to spend time with them, participating in any activity the buddy wants. Goldman said that the Friendship Circle is “a big part of the inclusion effort.”

Mendelson decided to join the organization because she realized that it is very hard for some people to make friends and build relationships, and she wanted to help them out. According to Mendelson, her participation in the Friendship Circle has taught her that aside from some special assistance, people with disabilities are exactly like everyone else and they should be included and given the same opportunities as others.

While attention and opportunities are given to individuals with disabilities during February, it remains an issue year round.

“It’s important to not just think about it during one month, but to make sure that all the students and faculty are comfortable with their understanding of disabilities and how they plan on making an effort be to be inclusive and accepting,” Goldman said. “The school is definitely on their way to making a really big impact just by spreading the word and talking about it is making all of the difference.”