Keeping quiet to keep the peace 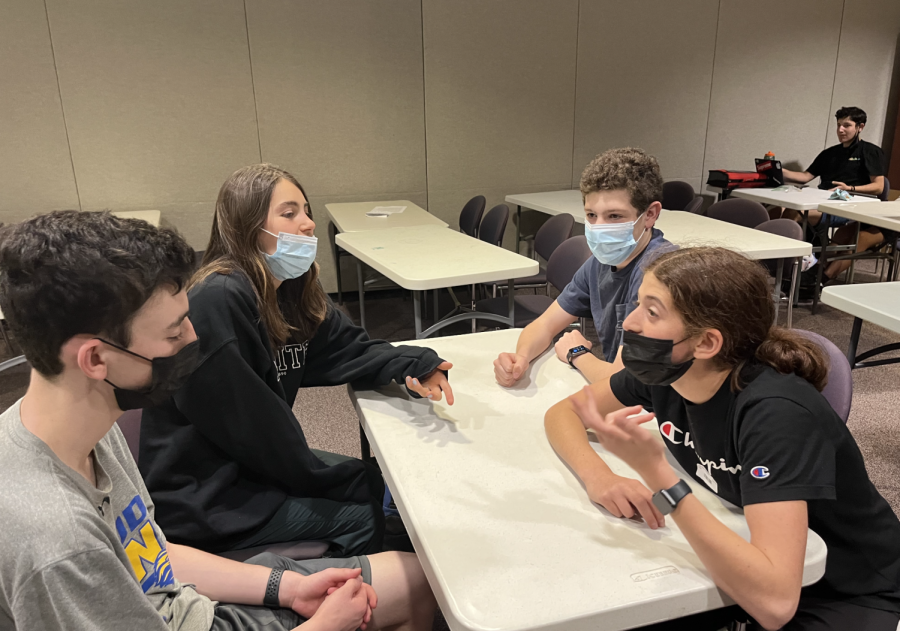 Students engaged in a heated debate during their lunch period.

With politics becoming more prevalent in adolescents’ lives, students are naturally forming their own opinions and asking questions about topics such as laws or policies. However, with the polarization of political disputes, these discussions can become heated and personal. When is it OK to refrain from sharing your opinions to avoid conflict?

I believe that although your opinion and your ethical framework is important, whether or not you should share your opinion truly depends on the situation.

If a student brings up a contentious subject just because they know others will disagree with it, there is no reason to engage with the person because you know the only possible outcome is an argument; the person is not willing to have a productive conversation.

However, the situation can present itself differently when you hear someone making a comment that is offensive. For instance, if you hear someone make a racist comment, it could be because they are uneducated and you should speak out, trying to productive allow them to understand the weight of the issue. But when someone is obviously saying something to push your buttons, it might be time to let it go, because it will only result in an unproductive conversation.

I have been in numerous situations where people use political topics to get on my nerves and try to get a reaction out of me. However, I have found that the only thing you can do here to protect your mental health is to stay quiet.

I will admit, I am guilty of sharing my opinion simply to provoke others. But, after doing some reflection, I have realized that sometimes it would be better for me to stay silent if what I am saying won’t actually make a difference.

Even if the person knows what they are talking about, their end goal is often to get a reaction, not educate.  There is no need to give them this satisfaction when you know it doesn’t benefit anyone in the long run. At the end of the day, your goal shouldn’t be solely to change someone’s opinion, but rather also to educate them.

Jewish Text teacher Paul Blank teaches discussion based classes such as Ethical Dilemmas and Jewish Life Cycles and Rituals. In classes like these, it is natural for arguments to arise.

“Based on the dynamic of the class, I think if a student with a differing opinion does stay quiet out of fear, that’s a shame because it means he is afraid his opinion won’t be taken seriously.” Blank said, “It’s a shame if that happens because even if he’s a lone voice, he should feel comfortable sharing his opinion.”

However, I personally often struggle with the opposite situation. When I have a strong opinion and someone contradicts it, I naturally want to argue with them.

The way I see it, you should only push back if it has the ability to actually make a difference. For example, if you are at a grade government meeting and someone suggests something that you feel is inherently bad for the grade, that is a good time to speak up. But, in a simple discussion with friends during lunch there isn’t a big reason to start an argument unless you feel like you could help educate someone and make a difference.

Especially in a classroom setting, students should always share their opinion because it adds to the discussion and, according to Blank, can enhance the lesson.

You are not doing the wrong thing by staying silent in order to avoid conflict. You are removing yourself from a situation that will most likely turn into an unnecessary heated argument. But, if you do get into a debate, remember to never abandon your opinion out of fear.