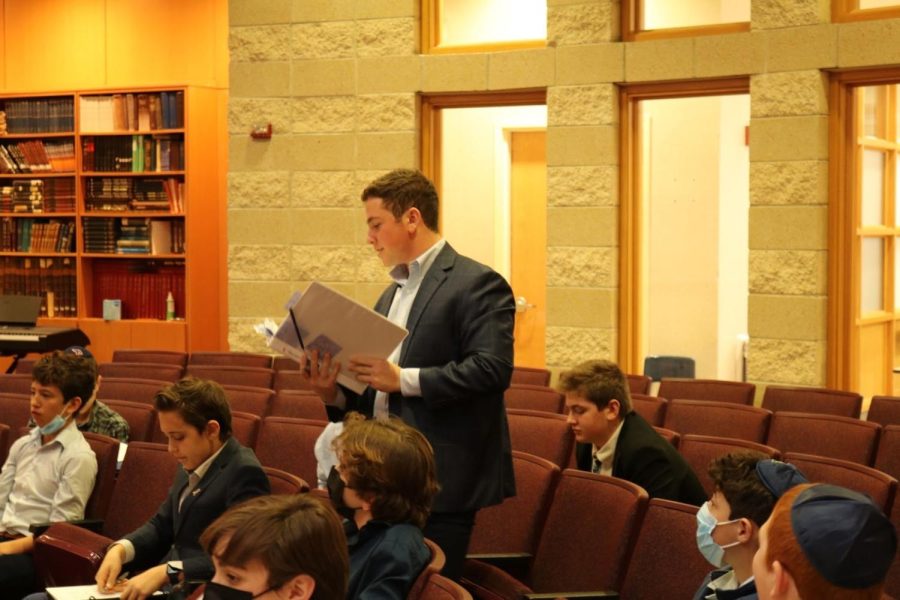 “The goal of Model Congress is to get the kids to take what they’ve learned about the Legislative Branch, and specifically the legislative process, and put it into practice in a controlled setting,” Jacobson said.

The students have been working towards this day since the beginning of February. The process started with students writing an issue paper. Contrary to past years where the paper was about a presidential decision, this year’s goal was to write a paper which would help students make an argument for how they would solve a problem in their congressional committee through legislation.

“This year it’s a congressional issue paper where we had kids kill two birds with one stone… they’re looking up an issue within their committee that interests them, and then they’re going to take that and turn it into a piece of legislation,” Jacobson said.

Once the legislation was written, teachers chose several bills to be heard and debated by the student representatives. Students whose bills were chosen attempted to make deals behind the scenes to get others to vote for their statutes.

Mock legislation ranged from providing money to small businesses to even banning left-handedness. For each bill, there was a chief opposition who stated their case for why that bill should not be enacted and then the student representatives voted on the bill. While these leadership roles in Model Congress helped simulate what actually happens in Congress, students also learned many important lessons in the process.

For the first time, Zansler also instituted two students, Ella Arking and Sammi Krantz, as presiding officers. Arking and Krantz led the discussion on the floor and made sure that everyone was following the rules.

“The first bill was a little bit hard trying to get into the rhythm of it but after it was really fun to call people up,” Arking said. “I love doing amendments and asking if the amendment was friendly and then going into a debate about it.”

Overall, students learned how to work together in this project-based summit. Arking liked the collaboration during the congress, including passing notes trying to make last-minute deals with each other. She also liked the different ideas that other students brought up during the debates and in their bills.

“The most interesting part was the debate on the bills for sure,” Arking said. “Even when I wasn’t an active part of it, being the presiding officer, listening to what everyone had to say, even the amendments were really interesting.”